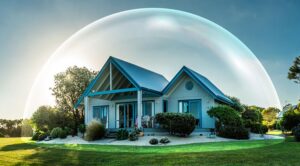 Protecting homes and businesses in Kitchener, Waterloo, Cambridge, Guelph, and surrounding areas for over 40 years. 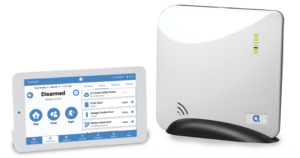 Sleek control panel sits on a floor, desk, or shelf and plugs into your computer network

Touchscreen keypad mounts on the wall, or sits on a desk or counter 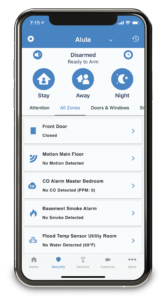 On your smart phone app you can:

Check the status of the system including open doors or windows

Arm and Disarm your system

Get notifications when system is armed, disarmed, or when there is an alarm

View the history of activity on the system

Alarm systems incorporate a variety of devices linked together either by wires or wirelessly. The system is turned on (armed) and off (disarmed) by means of a keypad or remotely by means of a keyfob or smart phone. When an intruder enters and trips the system while it is armed, a siren sounds on the premises and a signal is transmitted to the monitoring station who will notify those you have indicated you want called. The various components are explained below: 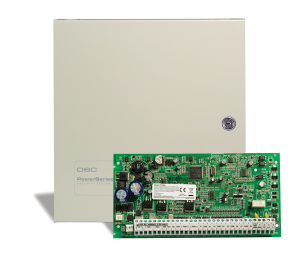 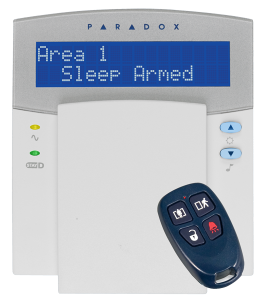 Keypads are what you use to arm and disarm the system. They also tell you the status of the system and each detector . You can get keypads with an LCD readout as shown in this picture and usually cost a little more, or they can have lights to show the status of the different devices, or zones. Keyfobs go on your keychain and are used to arm and disarm the system from inside or outside the building. Your system must have wireless capability for them to work. You can also have the option of controlling your system from a smart phone. 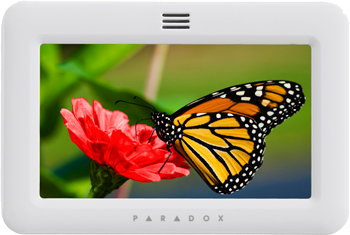 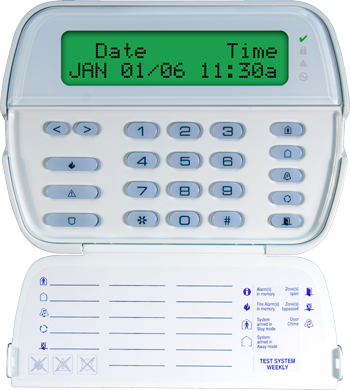 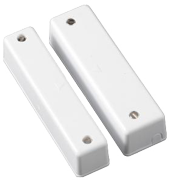 Motion detectors scan the room and see an intruder by detecting body heat. When a warm body moves into the path of a detector, there is a sharp and sudden contrast between the background  and the body. Higher quality detectors have built-in processors which can distinguish between a small animal and a person by the amount of infrared energy (body heat) that is emitted. 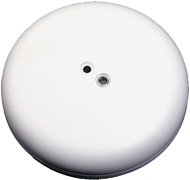 Glassbreak detectors have a built-in microphone which “hears” the sound of breaking glass. When a window is broken, the detector picks up the sounds, analyses them, and trips the alarm if the sound is consistent with breaking glass. They typically have a direct-line-of-sight range of 20-25 feet depending on the acoustics of the room. This method of detecting a burglar is often used when there are pets in the home which will trip motion detectors. They allow you to have perimeter protection of the building with the freedom to walk around inside without setting off the alarm. They can provide an earlier detection of a break-in because they trip the alarm BEFORE the burglar enters the premises; thus they are often referred to as “pre-entry” alarms. 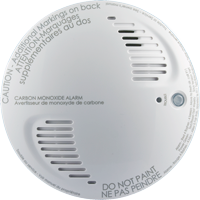 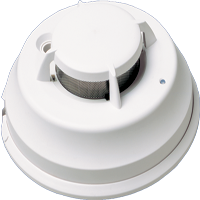 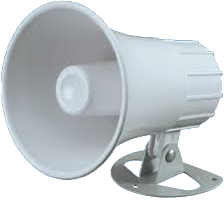 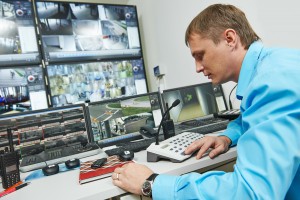 Hopefully the siren will scare the burglar away, but it doesn’t always work; and usually burglars don’t even have the courtesy to fix the window or close the door after them when they do run out, leaving your premises vulnerable to others. It is important to have someone you know and trust notified in case of a break-in so they can investigate, call the police if they see anything suspicious, and arrange for repairs to be made. When an alarm trips, a signal is immediately sent to the monitoring station indicating that the alarm has been violated – and it even tells what area(s) have been entered. The monitoring station will then notify you, neighbours, relatives etc. in whatever order you have indicated. There is a monthly charge for monitoring services. It is an important part of your protection.