As previously announced, Waterloo Regional Police have modified their response methods in an effort to eliminate unnecessary call-outs. Similar to their request for 911 to be kept free for emergencies the Region, and it’s alarm dealers, are working together to free up police resources, and to improve the accuracy of alarm call-outs. 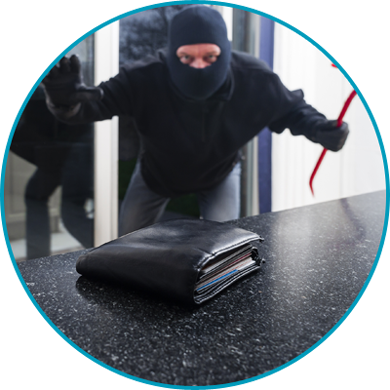 Video and eye witness don’t need a lot of explanation. If you see it, they will come. Period.

We’re still not sure on the Audio side, but at this point we’re assuming it’s a home or business owners direct request for response.

Edit: Turns out that’s exactly what it is.

That leaves multi-zone activation as the sole, maybe not so obvious response trigger. What does that mean, exactly?

Most false alarms are triggered by one of two things; User Error or Equipment Failure. Let’s start with equipment failure;

If you arm your alarm system and wait for it to arm fully, the system goes into a state where it is waiting for a message from one of it’s devices that something is abnormal. Movement on a motion detector or a door opening, for example. Depending on which device it is that the panel is triggered by, it will respond in different ways.

When you enter and entrance door with an alarm system present and armed, the system triggers a delay timer. This timer allows you to disarm the system with your user code.

Let’s say, however, that the door is never triggered and whomever enters the home has done so through a window, or a door not intended to be used as an entrance. Devices such as motion detectors and glassbreak detectors are designed to trip an alarm as soon as their senses are triggered.

What this means is that if someone is legitimately crossing the threshold into your home, they have time to use the code they (hopefully) have to disarm your system before the siren starts. If they enter any other way, another device will pick them up and set the siren off immediately.

We do this on purpose, of course. If any one is using any other entrance than your specified entry doors, it’s a safe assumption that they aren’t supposed to be there. They’re breaking in. Sound the alarm.

Now. Let’s say that you have someone taking care of your home while your away and they come in through your front door. The delay begins. They forget their code. The siren starts. They leave the home… that siren is loud. They have only tripped one device, police will not be dispatched and we can work with you and them to get this straightened out.

Burglars, on the other hand, are well aware that you have an alarm system. Most burglars or criminals will avoid secured houses, but some of the bolder ones don’t care… especially if they know you aren’t there.

It doesn’t matter what entrance the burglar uses, he has to trip a zone to come in. Front door, back door, window, skylight. At least one zone is going to pick up a signal as he/she enters.

In order to steal anything, they then have to move around the house. Remember that as they move, a second, third, fourth device are triggered as they hunt for whatever they are in the house for. Our monitoring station picks up the signal, calls your call list, and if necessary gains the ability to call the police with what is called a VERIFIED ALARM.

That’s how multi-zone activations work. Typically, a single zone activation that is not on a delay door (entrance) is caused by a mechanical issue. Power outages and low batteries can cause this. Aging or bad wiring can also be a culprit. Lightning hits. Any kind of power surge can cause the panel to misinterpret the message from a powered device, thus confusing the panel and causing it to send an alarm signal.

When an alarm panel is armed and subsequently get’s downpowered in that armed state, the memory on the brain of the system remembers that it was armed. A power failure that is long enough to drain your backup battery can downpower yours system in it’s armed state. The system doesn’t forget it’s armed. It just waits for a power source.

When the same system is powered on again, ie. the power comes back, the returning voltage powers first the panel, and then travels down each attached wire in sequence.

In a case where the system is not armed, the power will simply flow through the circuit and repower as it is designed to do. However, when a system was downpowered ARMED, the resulting report of the first powered device causes the panel to believe your alarm has been tripped.

Note that the method of powering a device and the method a device uses to trip the alarm panel are, in most cases, exactly the same for wired systems.

Why is this important? Because the system will only acknowledge the first device it sees. It’s a single zone trip, and a false alarm. Even though it’s an interior zone, our monitoring stations sees a restored trouble and a trip on whatever zone is your first powered one. False alarm. In fact, even if you are programmed to not send troubles (and some are) we will still only see the single zone trip and while we’ll still call around if we don’t hear from you, we will not and cannot dispatch police for you.

Occurrences of this are rare, but they do happen. Particularly in older systems and have been a source of false alarms.

User error is much simpler to address.

As mentioned above, if a user enters the home without a valid code for the alarm and they are supposed to be there, the delay will run out and the system will go into alarm. Our hope is that that user will then exit the home and call either you or us, letting us know that the system is in alarm. No police will ever be dispatched if that phone call occurs and the party calling in has the required identifying information.

Easy. Except maybe not.

In some cases, an alarm causes people to panic. Someone may hear the siren, become flustered, and move through the house as they hunt for something that may contain the code. Note that this is tripping multiple zones as they move through the house and if no one on your call list shows up, it is possible that police will be dispatched.

As stated earlier, 2 or more zones tripping on an alarm is considered verified, and our monitoring station is authorized to call police unless you state otherwise either on your alarm action plan or over the phone with one of our agents.

Once again, our advice is to exit the home. What happens from there will depend on how your call list is set up. Our station will call as normal, and the situation will be sorted out.

User error can also be attributed to not disarming your alarm before you come downstairs; this happens sometimes. Often to those not yet used to their new setup, or with children who wake before their parents. It’s a mistake you make a few times. Luckily, again, it’s usually only one zone that trips but again, if you hear the siren in the morning, go directly to the nearest keypad. Don’t panic. Nothing is wrong. Disarm the system.

Pets are a big contributor to false alarms. There are motions that can allow for animals under 90 lbs free roaming of the home, but they are not fool proof. A big enough animal, or enough of them, can fool the motion detector into believing it’s seeing a person.

Glassbreak detectors and dogs don’t get along either. If you have more than one, a dog can quickly activate them all just by… being a dog. Running around barking. Doing it’s job.

There are methods we’re going to use more often now due to the change in rules, but if anything I think we’ll find this response change to be a benefit to both residents and business owners.

If you want to know more about how to keep your alarm system useful, contact us on H&B Security Centre | Facebook or contact us at Burglar Alarms, Security Systems & Surveillance Cameras (hbsecurity.com) . Or call us. We have phones.