You are here: Home › Archive › Helix › The Helix Effect 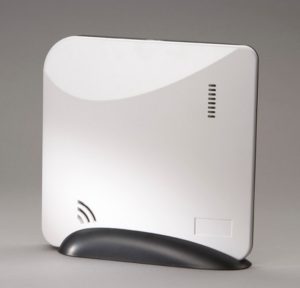 It’s a pretty little thing, isn’t it? We think so. It sits on your desk, or your floor… maybe a table or beside your tv. It hooks up to your internet and talks to your smartphone. It doesn’t talk back, and it minds it’s own business.

All around, the Helix is a pretty friendly device. We think you’ll like it. We certainly like it.

The best thing about the Helix is that it has a huuuuuuuuge family. And they are all as easy to look at and live with as it is. Here’s a family picture; 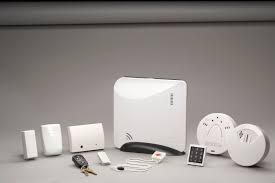 From left to right;

Not all the family members made it in time for the picture. We’ll introduce them as we go.

Many thing came to us as IOT (Internet of Things) capable Alarm Systems. We won’t talk about them. We don’t like to embarrass people.

Anyways, when the Helix from Resolution showed up on our doorstep and claimed it was an IOT capable Security Alarm System, we rolled our eyes a little bit and sighed. But hey. Persistence. Eventually we were convinced that the Helix deserved a shot. It wasn’t like those other guys. It wouldn’t let anyone in just because they knew a light bulb was out or we bought a new stove.

This thing was serious. We kind of wanted to believe it. So we gave it a chance

You know what? It wasn’t lying. And like any sane person who finds that needle-in-a-haystack kind of other person, we put a ring on that finger. 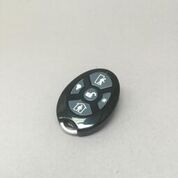 (Alarm panels don’t have fingers. We had to improvise)

The first thing you notice about the Helix is it’s sleek and unintrusive design. It could easy be just another modem or router. You can literally put it almost anywhere in your home or business and it won’t look out of place. 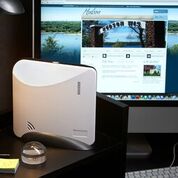 I mean look at that. It’s just part of the scenery. Oh. But it has a cousin who does even better; 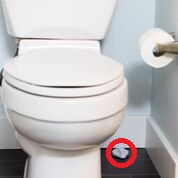 Don’t worry. It’s a flood detector. Not that anyone’s toilet ever overflows. For any reason. 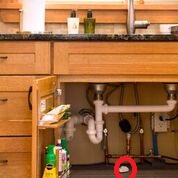 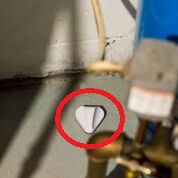 Or anywhere leaks could show up. This guy is an insurance shoppers dream. And he’s only one of many developed devices that will watch your home and let you know if something happens.

Like we said earlier, the Helix is a friendly system. It won’t talk back to you, but it will send you messages regularly. Useful messages like “I’ve been armed”, “I’ve been disarmed”, “Little Johnny is home. He disarmed me using his own alarm code”.

It’s also not afraid to tell you when it thinks there’s a problem. Things like “I’m not sure the person who just came in should be here” and “It’s entirely possible that something is burning in here, I’m calling the fire department”.

And that’s important, because these guys don’t like having to do this; 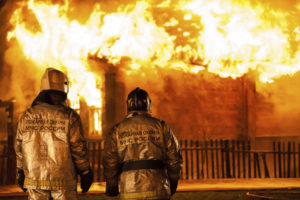 And of course the always popular “Something is touching me. I think it’s water. Do something or get ready to renovate”.

Everyone loves that one.

In order for you to receive these messages, however, the Helix needs to be connected either to cellular or internet to allow it to communicate to your smartphone, tablet, or your personal website space.

Give us a call to find out more about monitoring and how we can tailor it to your needs.

We’re gonna spend a lot of time on the Helix and how you can use it to both protect and improve your home, but you don’t have to wait for those posts to go up to learn more. Use the contact us button above to get our phone number, ask us a question in the form to the right, or click through that Facebook button and leave a comment on the post that brought you here. (Leave a like on the page too, if you don’t mind. We love that).